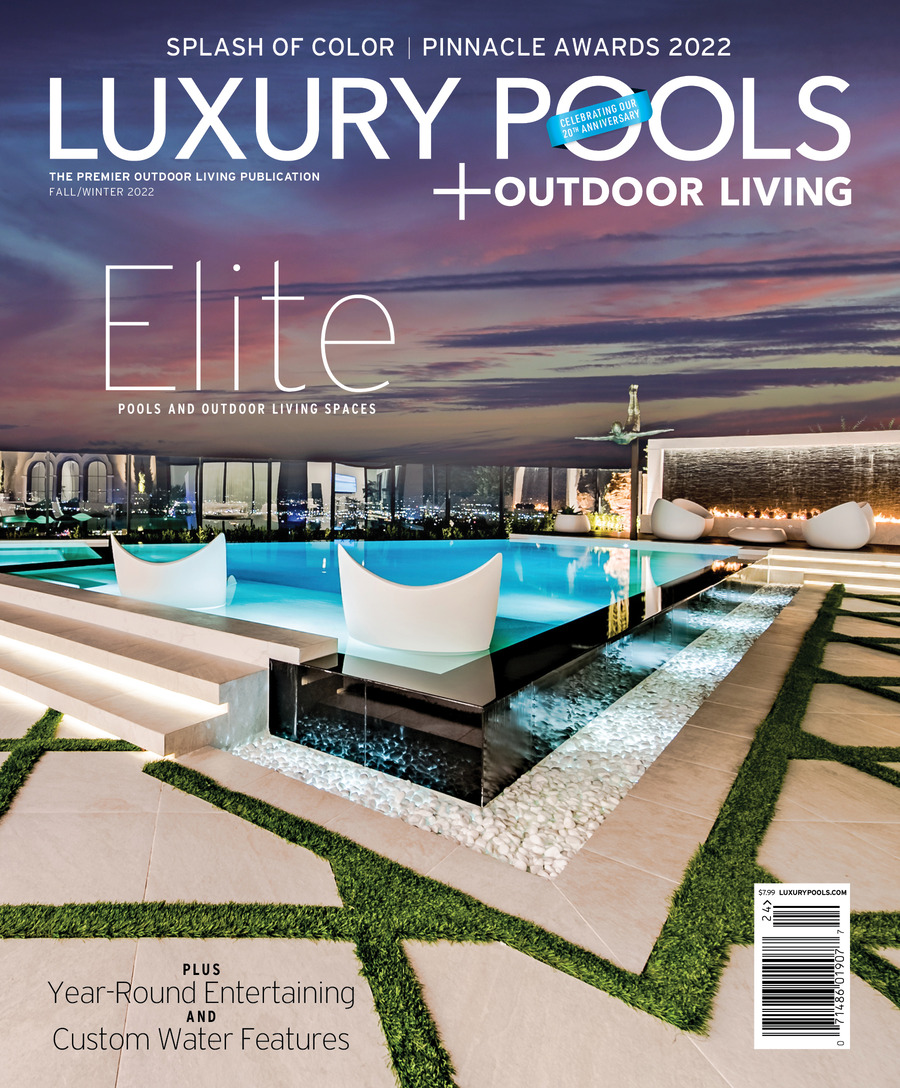 Though mosaic design has its earliest roots in Mesopotamia thousands of years ago, the art form is far from outdated. From Ancient Greece and Rome to the Byzantine Empire, mosaic work now finds one of its epicenters in Coral Gables, Florida.

Ray Corral has brought Old World flair into new age pools worldwide since 2000, when he launched his business, Mosaicist. Now, his company completes dozens of mosaic art swimming pool projects annually, many in historically designated homes. And, just like a true Old-World mosaicist, he oversees all aspects of each mosaic: design, manufacturing, and installation.

“I was a designer, an artist, and a mosaic installer myself before my business took off,” Corral says, “I love what I do because it’s such a unique business.”

Corral learned his traditional mosaic techniques from two mosaic masters: one in Italy and one in Mexico. He says that learning and applying these ancient techniques, like melting sand for glass and installing a mosaic piece by piece, all by hand, connects him to the original mosaicists. “It puts me back together with what a real mosaicist was before the age of mass-production,” he explains. Now, he has a crew of artisans who help him with production in the studio and with installation on site. They do much of their work in Corral’s hometown of Coral Gables, Florida, just south of Miami. Many of the city’s homes are historically designation, meaning that architects and designers must present their designs to the historical preservation committee for approval. Since Corral’s worked on a lot of these historical homes, he knows the drill.

When coming up with a mosaic design for a pool, Corral often takes inspiration from the home’s existing architectural elements. In a recent Coral Gables project, Corral was tasked with adorning the small courtyard pool of a historical Art Deco home with a mosaic. The classic Versace-esque swirls common to mosaic art wouldn’t cut it here.

Instead, Corral looked to the design etched on the relief in the front of the home and used that as a jumping off point to create a unique and striking design. “It’s easy to design in a beautiful home with an elaborate pool shape,” says Corral. “But it’s very difficult to make a little square shaped pool into a jewel box, and that’s exactly what we did with this particular job.” mosaicist.com